The Real Lyrical Hero debuts in the pages of this gripping saga of Da Great Deity Dah. The comic book chronicles the journey from the realm of thought way left of the periodic chart into the tangible hell that is the Earth. Written by Da Great Deity Dah himself and illustrated by Dan the Man and Nasir Ahmad. The adult coloring book gives fans an opportunity to color the pages as they like.

From a distant Galaxy Unbeknownst to man beam a Universal Solider to the third realm of Earth, unknown to him his was a General of the Electromagnetic Fields for millenniums past, and has been commanded by All Existence to arrive on Earth to Alter vibrations of humanity. A daunting task for many but this character is Unusual he is Da Great Deity Dah, and his will is tremendous. He is an etheric force of energy and had been carefully observing the vessel of a human. Over a period of time he began to take over the subjects body more and more and as we speak more transformations are taking place. Upon arrival on earth he noticed that there were beings who looked like him and he felt they might be indigenous of the same breed (actually they were but they refused the responsibility of contributing to the task of balancing the universal energy of the Universe) So he attempts to contact them and interact but he always noticed their inability to be honest honorable, sincere, humble, and peaceful. It puzzled him especially the women who have been endowed with the ability to create all human species in the universe. On Da Great Deity Dah's travels he had come to the conclusion that he evolved out of triple darkness into a being of liquid properties called melanin then evolved further into his Supreme Being State as a Host for various bacteria and microbes. On Earth he realized Ego was a big problem and it was best stroked by humans trying to display their intelligence and mental acuity superiority over each other then using religion to keep the weak souled in tact so as to not reach their potential. On the future generation he observed one culture that spoke universally regardless of race culture or creed. It was an art form called Hip-Hop, and the arena of combat was called the stage, and the weapon of combat was a microphone which amplified vocal tones and psionic energy ebbing from Masters of Ceremonies. Many masters had the ability to totally dismantle a mans psyche to the point they felt worthless. The torture of the whole scene will be that one will be lured in to emit speech by hypnotic symphonies that counted meter on a pounding drum which lured the mere fiber of ones soul to want to gyrate a dance, modify a previous tone in an new rhythmic manner, or create a mural as a tribute to the magnitude of what was witnessed. The unfairness he observed were vulture who took advantage of untrained recruits by offering trinkets and tokens for their souls and psionic power entrapped on digital magnetic tapes. This created flashbacks for Da Great deity Dah of times when his kindred were kidnaped by Serpents descending from their weakest part. He understood the magnitude of what was transpiring whoever controlled the Nubian youth held destiny under siege and could control the balance of the whole universe. Da Great Deity Dah begins to see the quest of his mission. He notice sporadic flashbacks occurring as he moved about and recorded these events in a Journal called Holy Scriptures( Scriptures written by a celestial Being) He realized that the format resembled that of the youths who emit the energy in the hip-hop encoded format. So he also notice a sincere love and compassion of the Maiden of Earth and sought to nurture them especially because the had the daunting task of housing the future in a cocoon called the womb. He also realized he was a scientist by nature due to the fact he appreciated one of his wives (Earth) and sought to observe her every movements. His light he observed allowed her to have vegetation and was the spark of life. The Mathematics he had learned in his previous form was returning in variant forms and the most powerful was alchemy. So utilizing his mind he constructed the perfect weapons for combat. His mics were laced with gold for their unique ability to channel and refract light. amplifying at the same time the Psionic type with furious blast that made people behold the might of his voice. He felt the plight of the human and first told those who would listen his mission was to be accomplished life or Death. And to aid in their daily plight he provided mental weapons essential for their survival to make them powerful in the revival of Cerebral Warfare. For the children of the serpents were at work again twisting facts and presenting distorted images though a corrupted science called media. It became hard to identify the enemy while the bottom line was harmony. 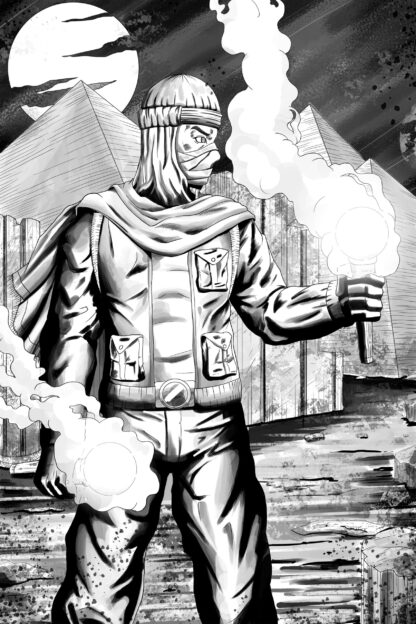 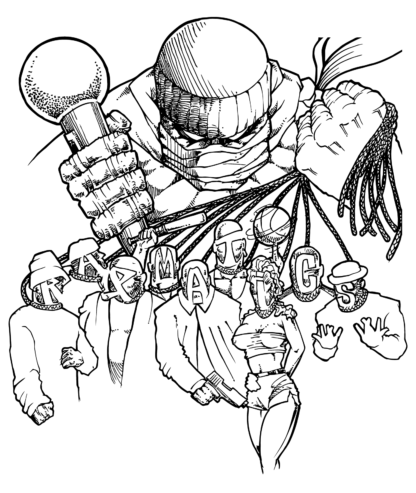 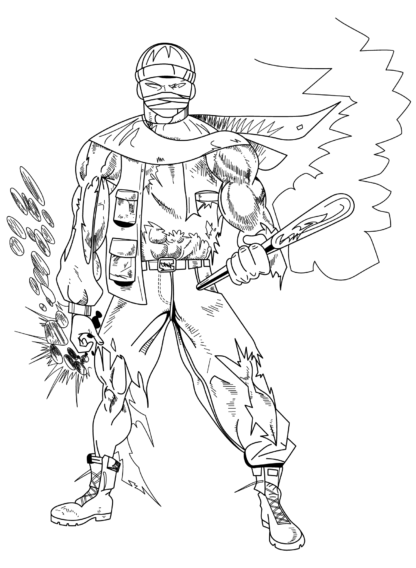 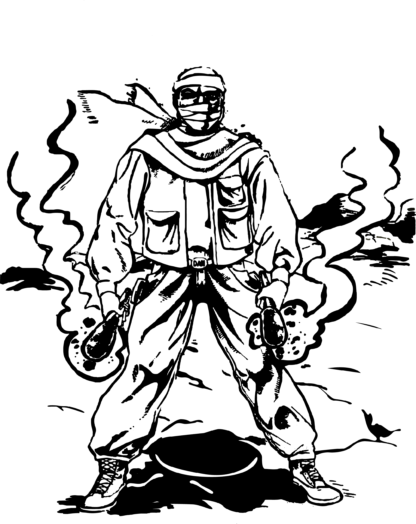