View cart “Cerebral Warfare I CD” has been added to your cart.

20 copies only of the 1996 classic release. Life or Death by Da Great Deity Dah

To commemorate the 24th anniversary of the classic release of the Life or Death Vinyl in 1996 a very limited run will be pressed on Cassette and include the original release plus bonus remixes, and unreleased songs for a full LP release. The 9 song release is remixed and remastered and features production from; Decomposed, Moods, and Vibrations from the 5 Bros MC’s, and DJ Eskimo who produced on the original release.   Sons of Light Member Ibn Nur Quiet Storm 720 is also featured on the new track Celestial Missionaries. The new tracklisting is as follows; 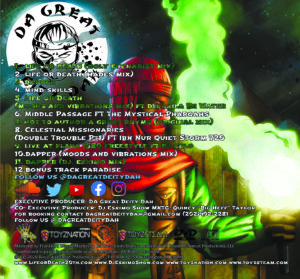 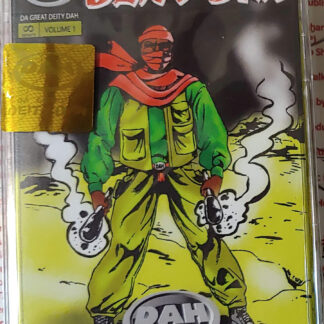